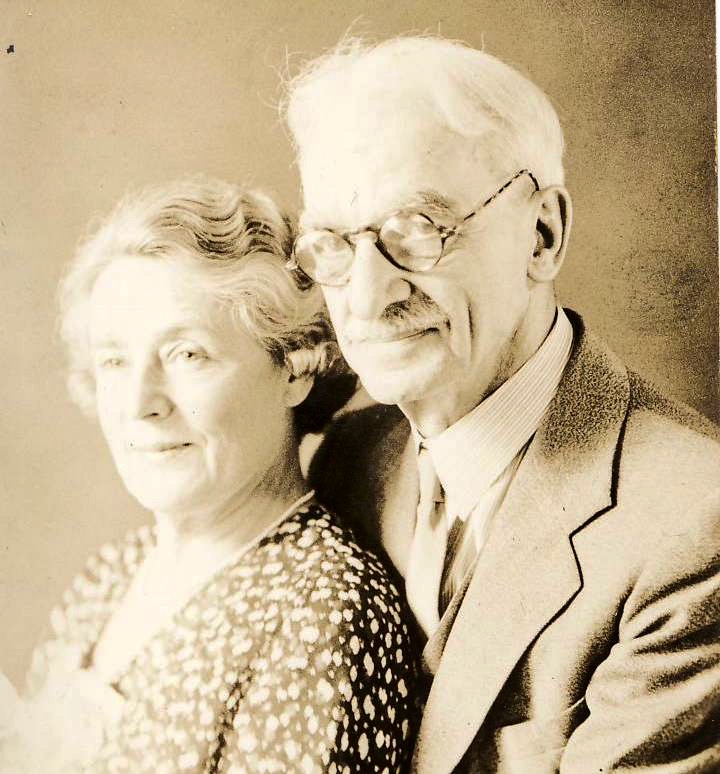 When Mable Ives Could Endure No More, She Prayed

Mable Ives, after she married Howard Colby Ives (my father) became known to many who loved her as Rizwanea. For very many years, after they were married, my father and Rizwanea traveled and taught the Faith. It was their entire life. They traveled through the New England states, through Pennsylvania, Ohio, Illinois, New York and many many more – always teaching, always leaving an established Assembly behind them. It was a gypsy life. It meant that never once, during all the years, did they really have a home; no place where they might be surrounded by their own things, where they might put down roots. Always they lived surrounded by strange and alien furniture, by the bare wall and arid atmosphere of barren hotels, boarding houses, and cubbyholes where they might sleep while, during their waking hours, they earned their living and taught their beloved Faith. At last, after many years, with her health failing, Rizwanea felt she could endure no more. She had come to the end. She must have a home. She needed it with every atom of her being – needed it as a bird needs to make a nest in the springtime or as anyone, weary and spent, needs to rest in the sun. At this time they – she and my father were living in a particularly difficult situation. It was a furnished room and the landlady was constantly complaining of everything they did. They used too many lights, they took too many showers using up too much water, and the clacking of Father’s typewriter was driving her crazy. So, one morning, Rizwanea told Father how she felt: She had come to the end; she could endure no more; she was unable to go one step farther. They had a long period of consultation, and at the end, Father told her that, of course, he would do as she wished, but would she, in turn, do one thing for him? Would she wait just one more day before making a truly final decision – and would she spend this day in prayer? She agreed. So after Father had left her to go out and attend to his business details, she kept her promise. She began to pray. And as she prayed, it came to her just what, in its depth and beauty, submission, detachment, and servitude really meant. And it came to her that submission – true and complete submission to the Will of God – was the first basic step. So she began to pray for submission – she prayed and prayed, and finally, submission came to her – but with it came the realization that submission was not enough. Well, then, what was enough? What should she pray for now? And she remembered that Bahá’u’lláh had written that we must be grateful for the circumstances to which we were submitting. Grateful? Grateful for this horrid little room? Grateful for the beastly, complaining landlady? Well, all right – if Bahá’u’lláh said so she, Rizwanea, would be grateful. But it wasn’t easy. She was pacing the room, thinking, praying, fighting and now she went to the window to stare out into the street.

‘Teach me to be grateful! Teach me to be submissive! I will be grateful! I will be submissive! She clenched her small fists. She fought and she suffered. And, finally, the first warm touch and then the warmer flow of submissive gratitude surged over her. But, the next moment, she realized that even this was not enough. Not enough? When she‘d fought so hard and she was so tired. What then was left? What should she pray for next?

And it came to her that now she must pray for love. Love for her nerve-wracking circumstances; love for her harsh landlady; love for the whole situation that had led to the crisis – the blessed crisis that had forced her to learn this lesson. So, now, Rizwanea prayed that she might love that she might be filled with love that she might be able to pour out this love. And her prayers were answered. When Father returned to her, it was to meet a radiant woman – a woman filled with the glory of complete submission to the Will of God – a woman rich with the glory of gratitude for tests – a woman overflowing with the clear crystal waters of the love of God. And, for many years more, she poured out these waters for the glory of the Cause she loved so well.