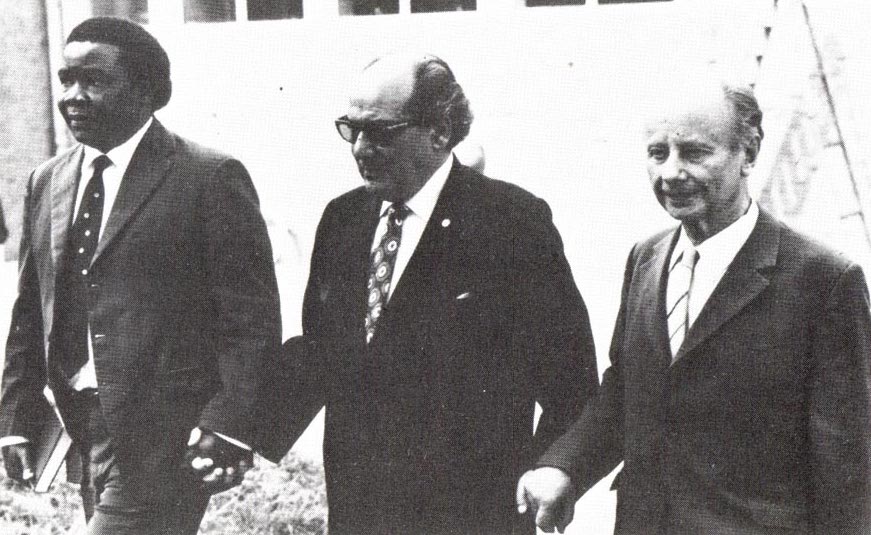 The Guardian Had Once Told Faizi To ‘Be Different’…

Faizi loved almost everyone who crossed his path.  He embraced individuals so warmly that each thought he loved them more than anyone else and many felt that his relationship with them was very special and not the same as with others.  The truth is that Faizi had a unique quality: he made everyone feel as if they were special to him because they all were.  His fathomless love was completely genuine, totally natural, and the most outstanding quality of his character and personality.

In [a] group of pilgrims there was an unsophisticated woman who lacked formal education named Rubábih.  Rubábih had worked as a domestic servant for 20 years and saved her money to come on pilgrimage.  She had only one change of clothes with her and was so quiet and unassuming that her fellow pilgrims, quite unintentionally, did not notice her much in the group.  On the last night of this group’s pilgrimage Rubábih suddenly burst into the Pilgrim House clutching an album to her breast and sobbing her heart out.  Her concerned fellow pilgrims could neither get an explanation from her as to why she was so upset nor could they stop her sobbing.  One of them gently took the album from her and opened it.  It was full of the pictures of the Shrines, the gardens and all the Báhá’í holy places with an explanation and history written under each picture in Faizi’s beautiful writing.  He had made up the album specially for Rubábih and, as the time for her return to Iran drew near, he had given it to her as a token of his love and for her to keep in remembrance of her pilgrimage.’

Later when one of the pilgrims told Faizi what effect this kind gesture had on Rubábih he told her with some sadness that the Guardian had once told him to ‘be different’, then added that noticing those with a vibrant personality and great achievements was easy but he always tried to seek out the Rubábihs of this world.