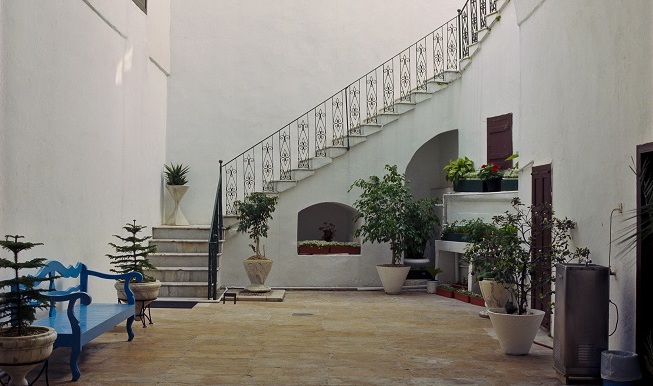 …among those who emigrated and came to settle near Bahá’u’lláh was the bookbinder, Muhammad-Hadi. This noted man was from Isfahán, and as a binder and illuminator of books he had no peer. When he gave himself up to the love of God he was alert on the path and fearless. He abandoned his home and began a dreadful journey, passing with extreme hardship from one country to another until he reached the Holy Land and became a prisoner. He stationed himself by the Holy Threshold, carefully sweeping it and keeping watch. Through his constant efforts, the square in front of Bahá’u’lláh’s house was at all times swept, sprinkled and immaculate.

Bahá’u’lláh would often glance at that plot of ground, and then He would smile and say: “Muhammad-Hadi has turned the square in front of this prison into the bridalbower of a palace. He has brought pleasure to all the neighbors and earned their thanks.”

When his sweeping, sprinkling and tidying was done, he would set to work illuminating and binding the various books and Tablets. So his days went by, his heart happy in the presence of the Beloved of mankind. He was an excellent soul, righteous, true, worthy of the bounty of being united with his Lord, and free of the world’s contagion.

He was a man short of stature, lofty of station and mind. His heart was pure, his soul luminous. During all those days when he served the Holy Threshold, he was loved by the friends and favored by God. From time to time, a smile on His lips, the Blessed Beauty would speak to him, expressing kindness and grace.

Muhammad-Hadi was loyal always, and he accounted all things other than God’s good pleasure as fiction and fable, nothing more. Blessed is he for this gift bestowed upon him, glad tidings to him for the place to which he shall be led; may it do him good, this wine-cup tempered at the camphor fountain, and may all his strivings meet with thanks and be acceptable to God.