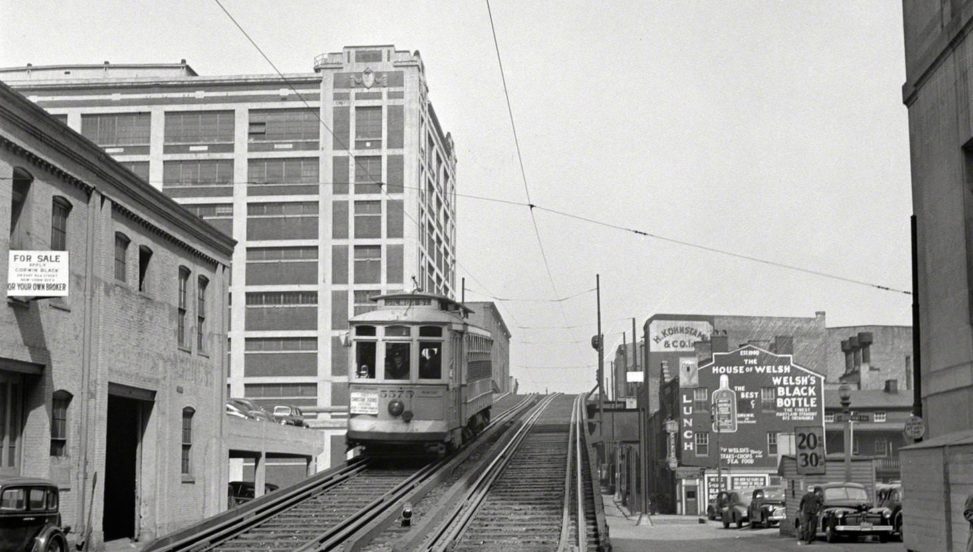 Many years ago, Mable Rice-Wray Ives lived in Baltimore. It was in the far away days of streetcars, and in order to reach the down-town shopping district, Mable had to ride the streetcar for a long way from the residential part of the city where she lived. Part of this journey was down a very long hill that, treeless and drab, was lined with small shops and poor houses. For years, as a growing girl, Mable had been taking this trip and then, one Spring, she began to be aware of a strange impulse to get off the trolley car when it was half way down the long hill. This was, of course, ridiculous. Why would she want to get off the car? There were no cross-streets; she knew no one in the neighborhood, why would she get off and what would she do if she did get off? So – trip after trip she reasoned with herself, talking herself out of it and feeling really very foolish. The feeling persisted – she should stop the car half way down the hill and get off. Finally, after this had been going on for many weeks, she lost patience. All right – she would stop the car and get off! So, the next time she had occasion to go shopping she did just that. And, as she stood on the curb watching the trolley car slide down the rest of the hill out of sight, she felt very silly. So now what she supposed to do? She turned from the curb and found herself facing a small shop that sold newspapers and magazines and stationary with, maybe, penny candy. Mable, not knowing what else to do, went over to the shop and walked in. Behind the counter, there was an older woman with a gentle face and beautiful eyes. She asked Mable if she might help her. Mable said, helplessly, “I don’t know. I don’t know what I want. I don’t know what I came for” – and then she found herself telling the woman all about the curious experience she’d had for so long as she came down the hill on a trolley car. When Mable had finished the woman smiled “I can tell you what you came for,” she said. “Come into my sitting room with me, and I’ll tell you the whole wonderful story.” And that was how Mable Ives received the first word she’d ever heard of the wonderful Cause to which, for so many years and with such selfless courage, she gave her life.