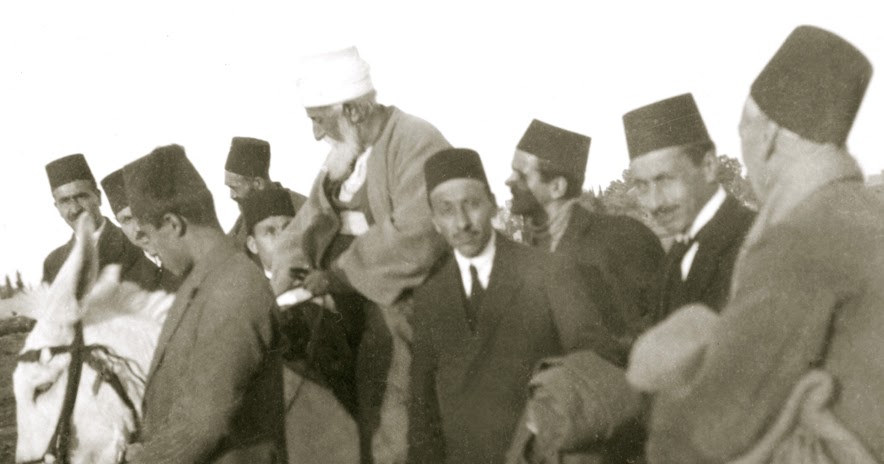 Jináb-i-Fádil-i Ardikání, member of the Continental Board of Counsellors for Asia, one day related the following at Landegg Academy:

“My uncle, Khalíl Ardikání, as a youth used to do handyman, gardening and custodial work at the holy places for fourteen or fifteen years. He used to take a nap under a tree in the afternoon. “One day during his nap he dreamt that he was in ‘Abdu’l-Bahá’s presence. ‘Abdu’l-Bahá instructed him to saddle the donkey and take it to the train station. When he awoke he thought that the Master never arrived at the train station in the morning and that because he was sleepy perhaps he wasn’t thinking straight. He fell asleep again. “Again he dreamt that ‘Abdu’l-Bahá had arrived and wanted him to take the donkey to the train station. He woke up and thought that he must go to the train station; if the Master arrived all would be well and otherwise he would simply head back with the donkey. So, he set out for ‘Akká on the donkey, but once he got to the station he found that no train was there. “As he started to leave he heard the train whistle, so he waited. Passengers got off one-by-one and suddenly he saw that the Master had arrived. After ‘Abdu’l-Bahá mounted the donkey, He turned to Khalíl and said: ‘Khalíl, how many times must I ask you to bring the donkey?’”